As someone whose job it is to help preserve trees, I find it ironic that in nearly every case I am saving them from us. We injure their root systems, whack them with mowers and weed-eaters, plant them too deeply, and do many other things which jeopardize their health. It would be terrifying if they could fight back in the manner of Tolkein’s magical Fangorn Forest. For one thing, tree work would be a lot more dangerous than it already is.

But trees are able to defend themselves against pests and diseases. They have both protective structures and protective processes, comparable in some ways to our immune systems. Thanks in large part to research done from the mid-1960s to the early 1980s by Dr. Alex Shigo of the US Forest Service, we know a great deal more about the way trees protect themselves than we did fifty years ago.

We have long known how, just as our skin keeps harmful bacteria on our outsides, bark acts as a shield against tree pathogens. Since they don’t have the luxury of mobility to avoid hazards, trees need thicker “skin” than we do. Layers of living and non-living tissues protect tree trunks, roots and branches from mechanical injury, drying out, as well as from diseases.

But when something breaches this first line of defense – tears through the bark – what happens inside the wood is fascinating. When an injury occurs, a tree will convert some of its stored sugars to make an array of defensive chemicals. It then distributes and deposits these compounds in a specific pattern internally around the wound. Dr. Shigo was the first to document this pattern, which he called CODIT – compartmentalization of decay in trees.

In making these CODIT compartments, trees make create four different chemical walls – two circular, one radial, and one more or less flat horizontally. Describing these walls is a bit esoteric, or maybe boring, but if you’re interested in the details, this US Forest Service document is superb.

I’d like to point out that wound closure, often referred to as “healing over,” is not closely related to how much decay will occur. The extent of rot depends on how effectively a tree can wall off infections. Closure is good in as much as the vascular system no longer needs to detour around a wound, but closure doesn’t protect against inner decay if the tree is too weak to chemically protect itself.

The success of this walling-off depends a lot on the species. Hard maple and white oak, for instance, can generate a strong CODIT response. Poplar and willow, on the other hand, barely manage to form any chemical walls, while species like red oak and soft maple do a mediocre job of it.

Overall tree vitality is another important factor. We know that if we’re chronically stressed, malnourished, poorly hydrated or otherwise run down, we are a lot more vulnerable to illness. Even a sugar maple may not be able to form strong chemical walls if it’s in a weakened state. By definition, landscape trees are stressed as compared to their forest-dwelling cousins. A street tree is worse-off yet, faced with reflected heat, limited root space, road salt, air pollution and more.

And of course the size of the injury makes a difference. Even a happy, healthy tree can have its defenses overwhelmed by a large wound. We know that many times, the tree loses its battle against decay.

Much less is known about the way trees react to insect pests. We’re aware that trees defend against insect pests by engaging their internal chemistry set to synthesize compounds, known to scientists as Bad Tasting Stuff, to repel them (insects, that is – not scientists). In many cases trees seem able to tailor their natural repellant to a specific bug. But these designer chemicals aren’t perfect – just look at what tent caterpillars and gypsy moths can do.

It has recently come to light that trees have a kind of distant-early warning system. Apparently they can signal one another about what type of pest has arrived on the scene to munch foliage. This communication happens under the ground through root grafts, though the mechanism is not well-researched. Some biologists also think that airborne chemicals might carry messages related to pests or diseases as well. 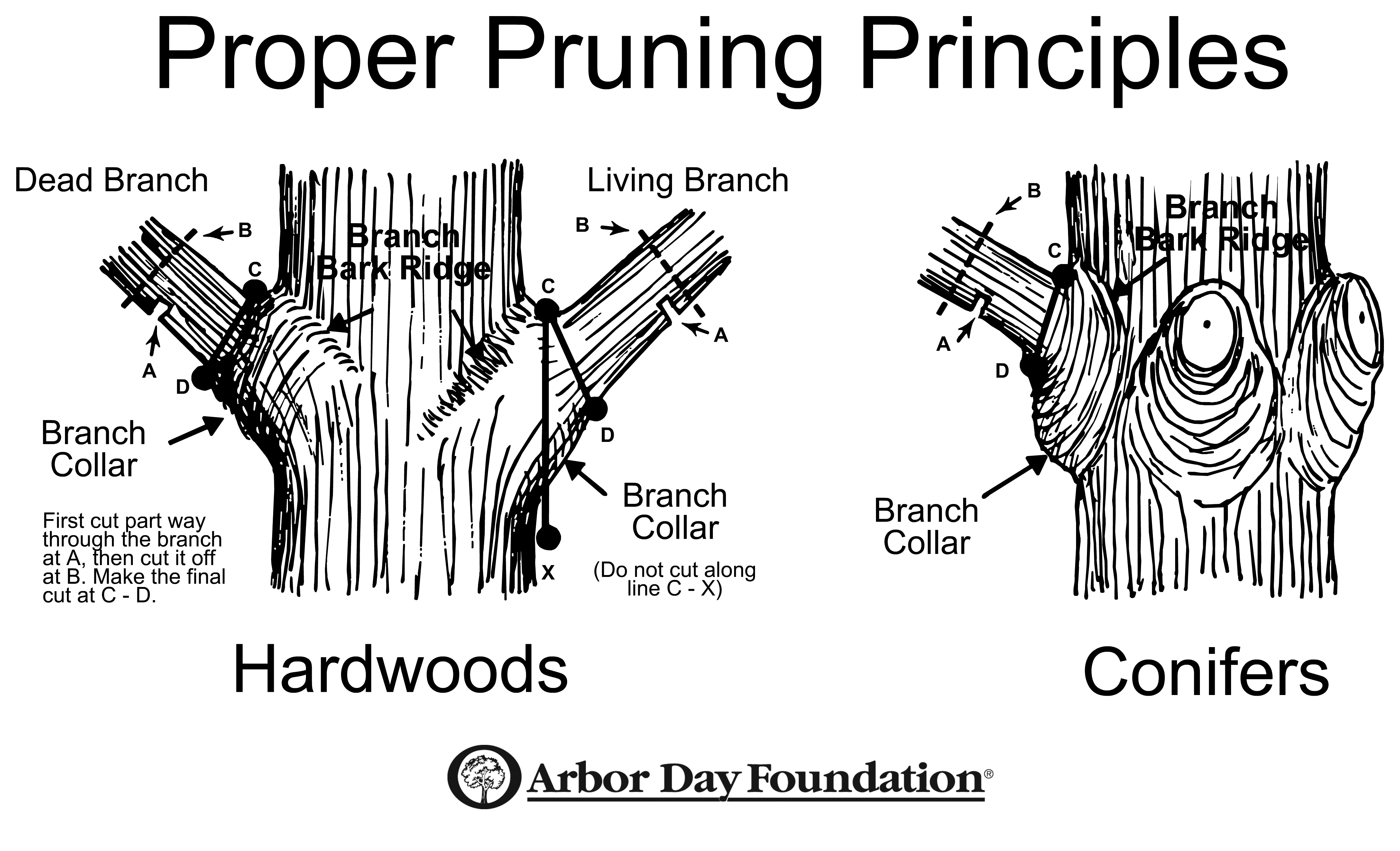 In addition, trees have protective structures called branch collars, located at the base of every branch. Branch collars are more adept than regular trunk tissue at producing fungicides to form protective barriers. This collar is usually a slightly enlarged “donut” ring at the base of the branch – it’s essential not to damage or remove it when pruning. Especially on hardwoods, pruning cuts must never be flush with the trunk; rather they should be made just outside the branch collar.

You can help maximize your tree’s “immune system” by watering during dry spells, mulching out to the dripline, and keeping vehicles off the root zone. In return, your tree will help keep you in optimal health by offering shade, beauty and companionship.